Whether you love or hate the obsession of pumpkins that each Fall brings, there’s no denying how strongly associated they are with this time of the year. Roughly 30% of people will agree that Autumn is their favourite season. Evidence suggests that both returning to school, and the fall holidays contribute to this. While the brightest orange may be indicative of the time of year, there is so much more to these cucurbits (and so many more colors).

From a botanical point of view of course, they belong to the classification of pepo; which is described as having a hard outer rind. Pumpkins actually have both male and female separate flowers and, in this case, only the female flower develops into the pumpkin “fruit”. 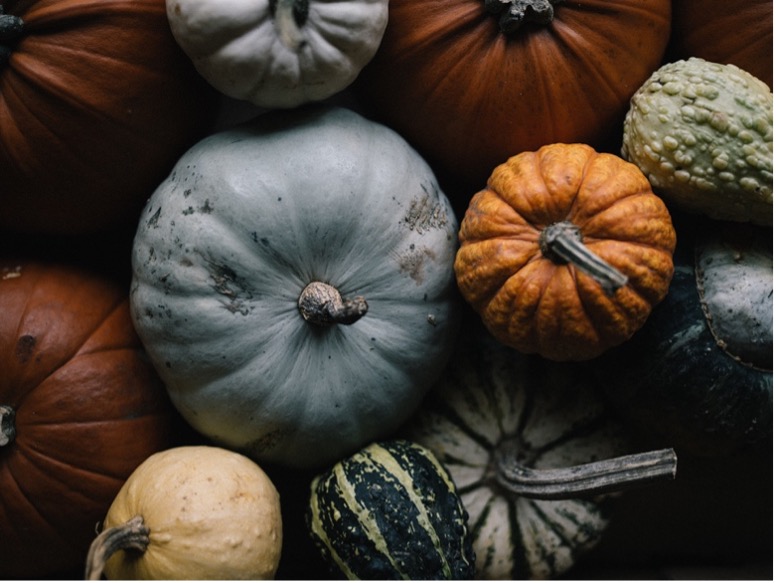 History of this Pepo

Pumpkins and people have gone hand in hand for thousands of years. Here in the Western Hemisphere cultivation began around 3500 BC. Meaning pumpkins rival corn for being one of the oldest crops farmed. Centuries of selective breeding was needed however, before pumpkins were both larger and made edible. The original pumpkins were small in size and very bitter.

Once settlers arrived in Central America pumpkins quickly became a food staple thanks to their availability and the fact that they are rather nutritious. They continued to be a dominant food source for quite some time before oddly becoming less desirable; to the point where eating pumpkin and other squash was considered a last resort. Fast forward to this century, the pumpkin has now become a symbol of the harvest and associated with both Thanksgiving and Halloween.

Why Stick to the Orange Icon?

The classic orange brilliance of the pumpkin is a result of naturally occurring pigments called carotenoids. With over 750 types of carotenoids, it comes as no surprise that they can be found throughout the natural world including in carrots, salmon, daffodils, shrimp and even in flamingos. Orange isn’t for everyone, especially not those hoping to create a moody visual that effortlessly coincides with the season.

Thanks to botanical enthusiasts and dedicated farmers alike your options are not limited to the iconic bright orange. With hundreds of varieties now at your fingertips, options feel endless. With so much variety, you can truly elevate your autumn decorating. Think miniatures that fit in your hand, to those enormous prize-winning giants; those that are perfectly round, elongated, slumped and ovular. With smooth rinds or covered in warts and bulges (that very much appeal to the spooky side of the month), speckled and striped, ombre and marbled.

Not to mention enormous color palettes that bring a completely different feel to these cucurbits. The stark whites and moody blacks, hues of yellows and oranges that range from the lightest pastels to the those exploding in vibrance. Even the sage and myrtle greens, the dusty blues, and teals.

Decorating your home and spaces to your personal tastes and to your aesthetic ambitions is now easier than ever before. With new varieties created every year, it can get a bit overwhelming. Nonetheless, here are a few varieties we are excited to bring home:

The festivities of Fall may be wonderful there is the sad reality that once Thanksgiving and Halloween have passed about 1 billion pounds of pumpkins are thrown away. You may think well it’s natural, they will decompose. But food waste can be devastating as decomposing pumpkins in landfills produce methane gas (a nasty greenhouse gas).

Some varieties taste delicious when cooked, baked, and even pureed. Others not so much. Those are the varieties that can be composted or fed to the local birds and wildlife.

While all pumpkins are not equal, their seeds are. All pumpkin seeds are edible. Roasted pumpkin seeds require very little preparation, ingredients, and effort, making them a fan favourite. Packed with proteins and unsaturated fats (like omega-6 fatty acids) pumpkin seeds are also a great source of nutrients like iron, calcium, and folate. 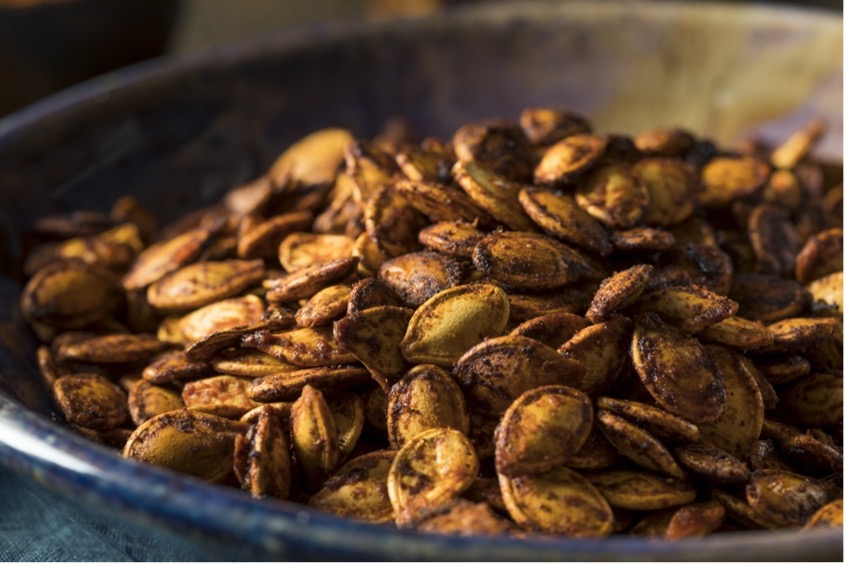 Before baking, give your seeds a good cleaning under cold water. Boil salted water and allow your seeds to simmer for about 5 minutes. Then lay them out on a baking sheet, drizzle with oil and choice of spices. Bake at 350 F for around 20 minutes. Et voilà!

We here at Emerson Wild hope everyone enjoys exploring pumpkins this season, if you’re thinking of switching up your decorating practises this is your sign to do so! Try new recipes, get creative and continue to welcome sustainability into your routines. If haven’t yet subscribed,  sign up for our email list to receive exciting new updates from us. And, be sure to follow with us on Instagram and on Pinterest where we are always pinning the latest trends on all things garden and home.